Watch: All the Barcelona goals from opening pre-season friendly win 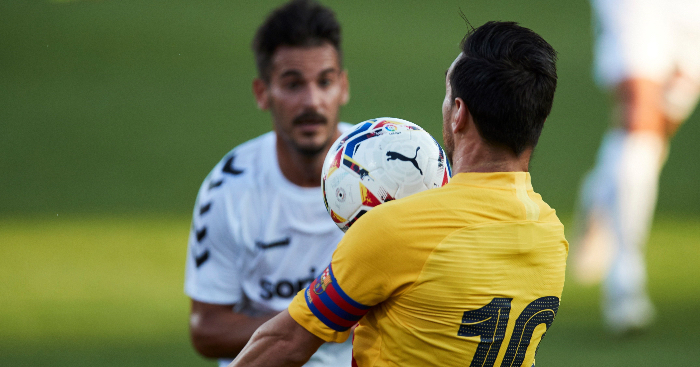 Barcelona got their pre-season off to a positive start on Saturday, defeating Catalan side Gimnastic Tarragona 3-1 at the Johan Cruyff Stadium.

Ronald Koeman’s first game in charge, the Dutchman played a different team in each half, gave some of the new players their debuts, and also welcomed back previous loan stars as well as those from injury.

Ousmane Dembele, playing his first game since last November, scored after six minutes to give Barca the lead.

Antoine Griezmann converted from the spot 10 minutes later, before Javi Bonilla netted for the away side to make it 2-1 on 31 minutes to give the minnows some hope of an unlikely comeback.

However, Phillipe Coutinho, back from his Champions League success while on loan at Bayern Munich, converted another penalty on 51 minutes, following a handball, to wrap up the victory.

It was a great day all-round for Koeman’s side, who were in control throughout. He will be most pleased with the performances of debutants Federico Trincao, Pedri and 19-year-old Konrad de la Fuente, who become the first player from the USA to play for the Barca senior team.

Griezmann puts Barca 2-0 up from the spot…

Bonilla netted to make it 2-1…

Coutinho extends the lead for the Catalan giants…