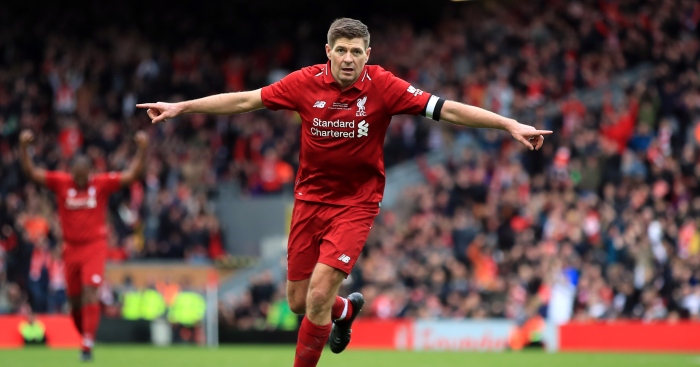 Legends from Liverpool and AC Milan showed that form is temporary but class is permanent as they played out a five-goal thriller at Anfield on Saturday.

The match was played in aid of the LFC Foundation, and a number of names from both sides who were involved in that famous Champions League final in 2005 turned out.

Kaka, Andrea Pirlo and Gennaro Gattuso were among the Milan players, while Reds heroes Steven Gerrard, Jamie Carragher and Robbie Fowler all made appearances at their old stomping ground.

And it was Fowler who opened the scoring midway through the first half, converting a cross from Glen Johnson with a typically cool finish.

The score remained the same until the 50th minute, when Djibril Cisse – who converted from the spot in the shootout in Istanbul – slotted home after finding himself alone in the Milan penalty area.

But Milan began to mount a comeback on the hour mark, courtesy of a trademark free-kick from Andrea Pirlo.

And the visitors equalised 16 minutes later thanks to a brilliant finish from Giuseppe Pancaro.

However, it seemed only fitting that Gerrard was the hero once again as the iconic Reds captain popped up with the winner.