Watch: All the goals as Spurs Legends play out nine-goal thriller with Inter 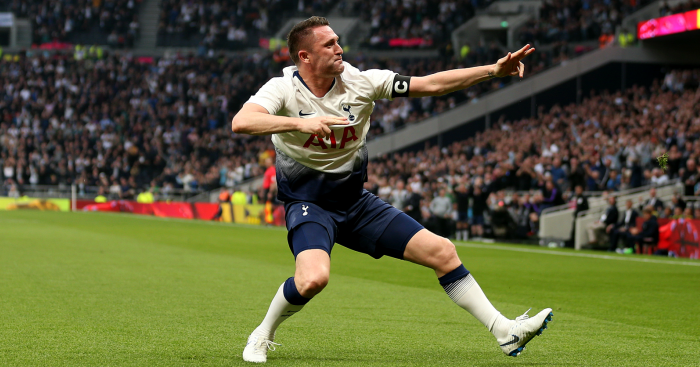 The likes of Paul Gascoigne, Robbie Keane, Dimitar Berbatov and Rafael van der Vaart returned to Tottenham on Saturday as a Spurs Legends side lost 5-4 to Inter Forever.

In the final test event at the north Londoners’ new stadium, Spurs fans were treated to a host of iconic players wearing the white shirt once more, with Jurgen Klinsmann and David Ginola also making appearances.

But it was a less-heralded player in Teemu Tainio who opened the scoring before Keane and Berbatov – such a sumptuous strike partnership in their heyday – proved they’ve still got it with their own excellent finishes.

Inter, however, could count upon such illustrious names as Javier Zanetti and Juan Sebastian Veron, and also had Jose Mourinho in the dugout.

And the visitors snatched the victory at the death through Houssine Kharja, although they had earlier been helped some, erm, erratic goalkeeping by Erik Thorstvedt.