Watch: All the goals from Liverpool’s 3-1 pre-season win against Osasuna 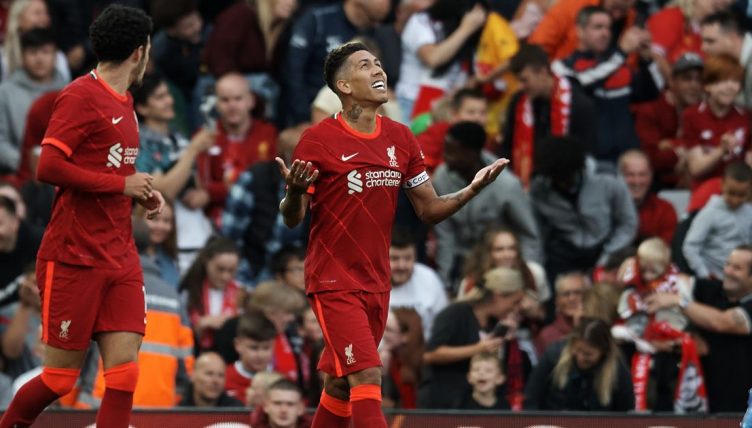 Liverpool stepped up their preparations for the new Premier League season with a 3-1 win over Osasuna at Anfield on Monday night.

Jurgen Klopp’s side were plagued by a series of injury problems throughout 2020-21 and failed to retain their Premier League crown.

They will be looking to bounce back in 2021-22 and the squad got plenty of minutes under their belts during a hectic pre-season.

After the Reds drew 1-1 against Atheltic Bilbao on Sunday, a completely changed Xl took on Osasuna at Anfield 24 hours later.

Liverpool took the lead when Takumi Minamino’s strike deflected off Jesus Areso Blanco and looped over goalkeeper Juan Perez before landing in the back of the net.

Roberto Firmino converted Kostas Tsimikas’ cross in the 20th minute, and the Brazil international got his second goal of the game on the stroke of half-time. Kike pulled a goal back for the Spanish side but it proved to be nothing more than a consolation.

Liverpool’s focus will now turn to the Premier League opener away against newly-promoted Norwich City on Saturday.

Minamino what a touch and a good goal
pic.twitter.com/QYofh6pLme