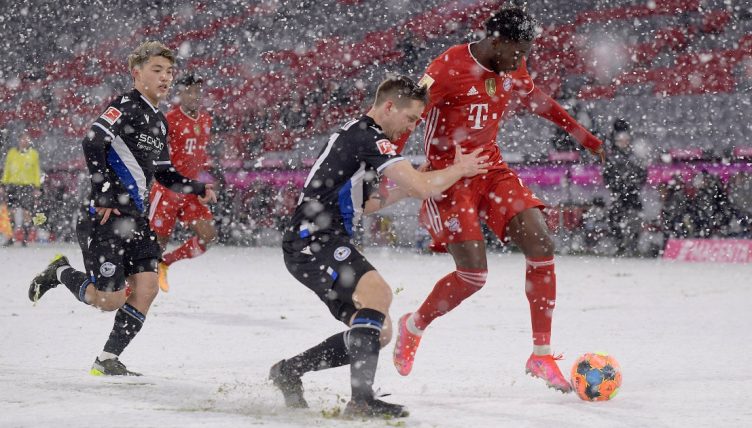 Bayern Munich left back Alphonso Davies has a reputation as one of the quickest players in world football, and clips like this demonstrate exactly why.

The perennial Bundesliga champions returned to domestic matters on Monday evening after winning the Club World Cup in Qatar, and conditions could scarcely have been much different in snowy Bavaria.

And Bayern didn’t quite look themselves in difficult conditions after a hectic period, with relegation-battlers Arminia Bielefeld taking a two-goal lead into half-time at the Allianz Arena.

The hosts came roaring back in the second half, with Davies eventually getting on the scoresheet to make it 3-3 in the 70th minute, with a well-taken strike, but it wasn’t his most eye-catching moment of the match.

His standout moment came midway through the first half, in which Bielefeld looked to have a dangerous break on with one of their attackers played through into acres of space. But with yards and yards to make up, Davies came speeding back to overtake and clean up.

Bayern’s Roadrunner very much living up to his name here.