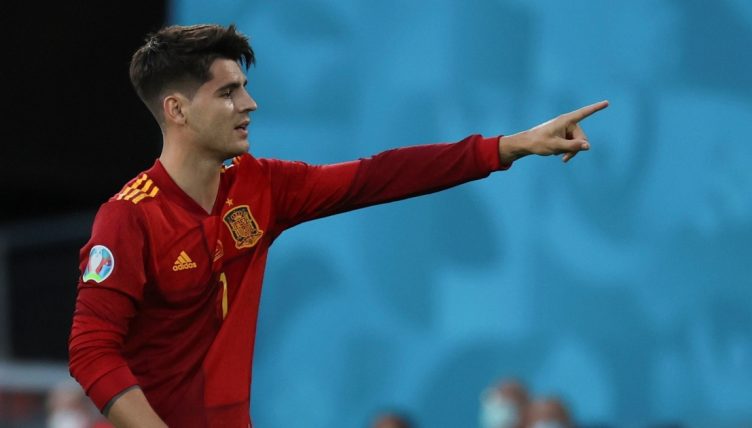 The much-maligned Alvaro Morata missed an open goal immediately after Spain failed to convert a spot-kick against Poland.

Spain entered half-time 1-0 ahead through Morata’s close-range finish, but Poland came out fighting after the break.

Bayern Munich striker Robert Lewandowski scored an excellent header to level the game but Spain were awarded a controversial penalty straight afterwards as Jakub Moder was judged to have trodden on Gerard Moreno.

Moreno took the spot-kick but hammered his effort against the post. With Poland goalkeeper Wojciech Szczesny unsighted, the ball rebounded to Morata to tap home the rebound.

It came at him quickly but the Juventus striker would have been disappointed to see his attempt trickle wide.

After receiving heavy criticism following Spain’s 0-0 draw with Sweden, Luis Enrique told news station Cuatro: “I’ve told Morata to keep doing what he is doing, to keep contributing everything he gives us in attack and defence. Tomorrow it will be Morata and 10 others.”

But he won’t want to see this miss again.

MORATA MISSED AN OPEN NET FROM THE REBOUND 😭😭😭pic.twitter.com/dACVlkDHLQ

Can you name every Spanish player to have scored 10+ UCL goals?