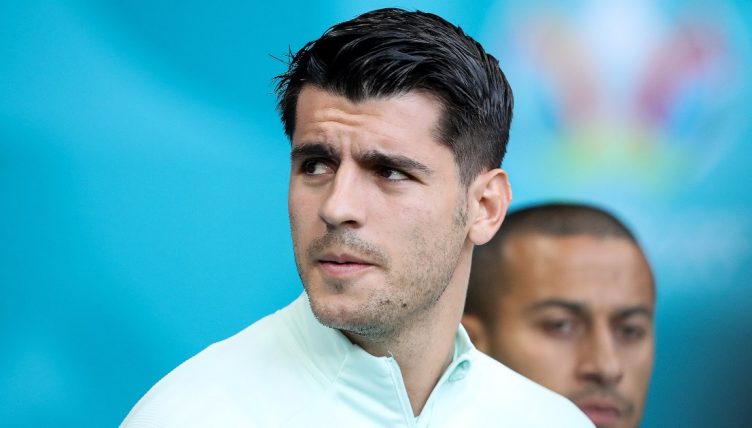 Juventus striker Alvaro Morata answered his many critics and trolls at home by scoring a very well taken goal to give Spain an extra-time lead against Croatia in their Euro 2020 round-of-16 game.

Morata has been the subject of much scrutiny in Spain – and some horrendous abuse – having scored once in their first three games at the Euros and spurned several chances, including a penalty against Poland and a very presentable header in the first half versus Croatia.

After the Poland game he told radio programme El Partidazo de Cope: “I understand that I am criticised because I have not scored a goal, but I wish people would put themselves in the place of what it is like to receive threats, to be told that your children should die.”

On Monday night in Copenhagen, he replied to those abusers and detractors in emphatic fashion, scoring a terrific goal to put Spain 4-3 up in extra-time of their first knock-out tie at this competition.

Morata controlled Dani Olmo’s cross with his right foot, before smashing it into the top corner with his left, topping a fine all-round display.

Spain went on to add another through Mikel Oyarzabal, meaning they are the first team to score five in consecutive matches at the European Championships.

Now 𝐭𝐡𝐚𝐭 is how you silence your critics 🤫

Somehow, this game just keeps getting better – and we're so here for it 🤩#CROESP | #ITVFootball | #Euro2020 pic.twitter.com/GEGVpqfoaa