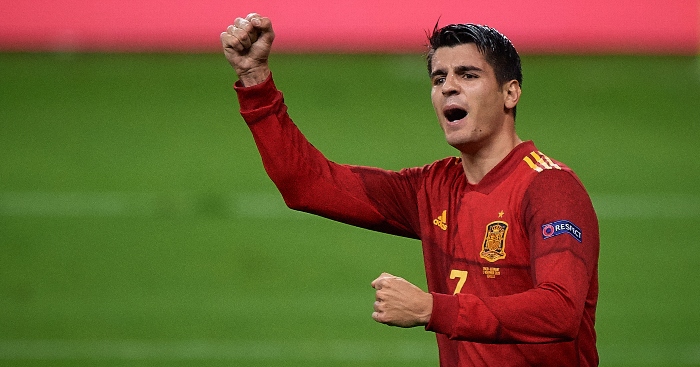 It’s not so long ago that we wrote how Morata was the saddest footballer around. With a knack for scoring offside hat-tricks and possessing eyes more doleful than Eeyore’s, Morata certainly elicits as much pity as he does scorn.

These reactions are increasingly misplaced. The Spain international has scored six goals in eight appearances for Juventus this season, having returned to Italy from Atletico Madrid in the summer.

Morata is also staking his claim to be his country’s starting striker and did his chances no harm with an impressive performance against Germany.

After opening the floodgates during the first half, Morata’s crowning moment came later on in the game.

Faced with the attentions of Chelsea and Germany striker Werner, Morata simply pirouetted away from his opponent and left Werner sliding in the other direction.

By scoring his own personal victory, Morata demonstrated that he may finally be putting his Chelsea nightmare behind him.