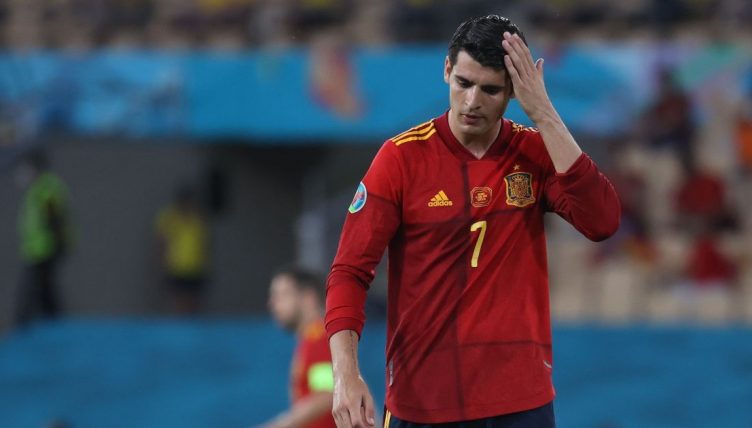 Juventus striker Alvaro Morata missed a gilt-edged chance to open the scoring for Spain against Sweden at Euro 2020.

Despite watching Gerard Moreno score 30 goals in 46 appearances for Villarreal in 2020-21, Spain manager Luis Enrique has kept faith with Morata.

The 28-year-old was recently jeered by his own fans after missing a series of chances during Spain’s 0-0 draw with Portugal ahead of Euro 2020.

“I don’t care,” Enrique said after the Portugal game. “It doesn’t worry me. [Morata] worked himself to death pressing, he was looking dangerous, a constant threat, he ran for 40 metres at top speed, fooled the goalkeeper and had the bad luck to hit the bar. That deserves a standing ovation.

“My job is to generate confidence, to see the players at their best. I don’t get annoyed when my players miss chances. What they have to do is create them.”

Morata was selected to lead the line for the three-time European champions in Seville for their opening group game against Sweden.

He had a great chance to silence his doubters in the first half but fired wide when one-on-one with Swedish goalkeeper Robin Olsen.

The striker was then replaced by PSG’s Pablo Sarabia in the 66th minute and neither side were able to break the deadlock.