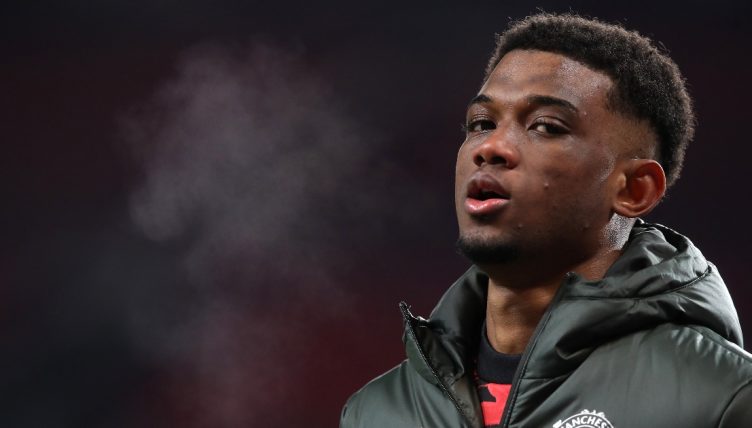 Manchester United fans finally got a chance to see their latest starlet Amad Diallo in action in last night’s 4-0 thrashing of Real Sociedad, and he didn’t disappoint on his debut.

Diallo only made five first-team appearances for Atalanta before arriving in January, but his performances in their youth set-up helped establish him a reputation as one of the promising young players in European football.

Early performances for United’s Under-23s, with three assists and three goals in his first two appearances, did little to quell the hype, with some sensational skills on show.

That’s earned the 18-year-old a place on the senior side’s bench of late, and after they raced to a comfortable 4-0 lead over Real Sociedad, Ole Gunnar Solskjaer spotted an opportunity to give the Ivorian a seven-minute runout.

It wasn’t long to make his mark, but Diallo certainly didn’t look overawed by the occasion, demonstrating his excellent footwork by skipping between two onrushing midfielders before drawing in a foul from the other. He completed all three of the dribbles he attempted in his short cameo.

With a four-goal lead heading into next week’s second leg, it might not be long before we’re treated to Diallo making his first start for his new club.