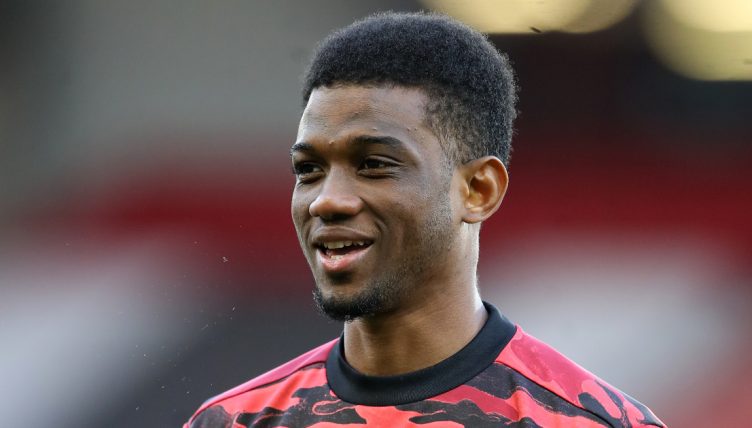 Amad Diallo scored a stunning solo goal late into the match to win the game for the Manchester United U23s against Leeds.

It was Amad’s second of the game after he opened the scoring just six minutes into his first game since returning from injury.

The young Ivorian international brought the ball down with his chest before lifting it over the defender with his left.

Amad then took it back the way he came before lifting it over the defender’s leg and onto his right foot.

After creating a couple of yards of space he fired home with his right into the far corner to give United the win.

He arrived at Old Trafford from Atalanta last season and has been in and out of the first-team set-up since then. His first, and as yet only, senior United goal was a wonderful header against AC Milan in the Europa League.