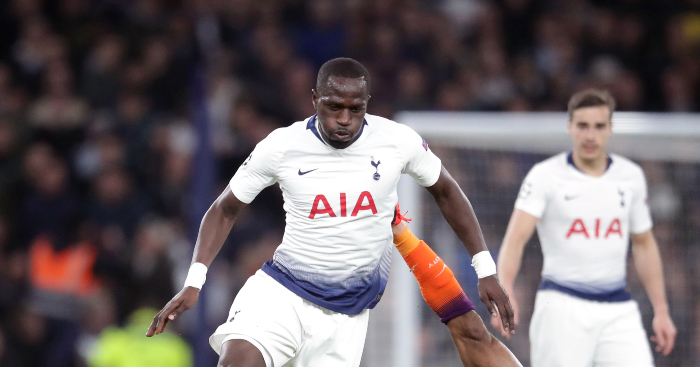 Tottenham‘s Moussa Sissoko is enjoying a renaissance this season, and put in another good performance as they beat Huddersfield 4-0.

Lucas Moura rightfully will get the headlines after scoring a brilliant hat-trick, but Sissoko also shone. The Frenchman was applauded off at the new White Hart Lane when he was substituted in the closing stages, something he was well worthy of on the day.

Largely regarded as a £30m flop and a joke figure before, he’s steadily proving his critics wrong with good performances, becoming one of their most important players in the process. He beats two Huddersfield men here with a couple of fantastic pieces of skill, before driving up the pitch – like watching Mousa Dembele in his prime.