Watch: Andre Gray reveals what it’s *actually* like to play against Pogba 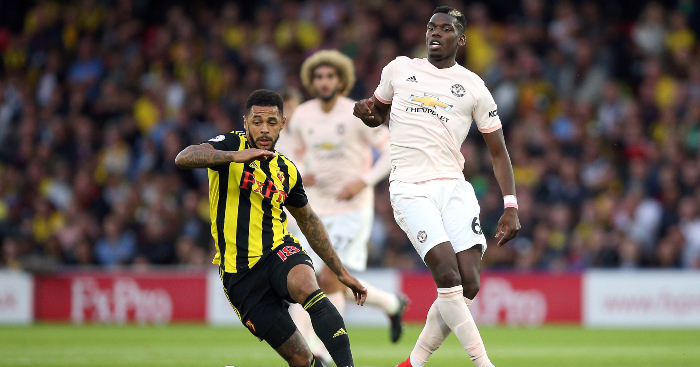 Watford striker Andre Gray has hit back at critics of Paul Pogba while discussing the difficulties of facing the Manchester United midfielder on the pitch.

Since returning to Old Trafford in a world-record £89million move in 2016, Pogba has regularly been the subject of scrutiny amid a strained relationship with Jose Mourinho and speculation about his long-term commitment to the club.

Gray’s Watford team-mate Troy Deeney recently gave an interesting insight into how opposition teams view Pogba, admitting that when the France international came off the bench against the Hornets, “Everyone on our team went, ‘Oh sh*t.’”

And Gray supported Deeney’s opinion with his own intriguing view on Pogba.

Andre Gray speaking on the fan perception of Paul Pogba compared to the reality of playing against him : pic.twitter.com/VrNwD39pLN