Watch: Andy Robertson asks ref ‘how the f*ck was that not a pen’ after draw 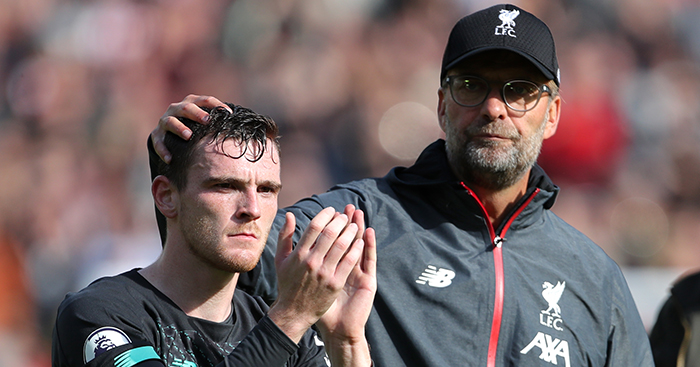 Liverpool‘s 1-1 draw with Burnley saw them drop points at home for the first time in 18 months and Andy Robertson wasn’t happy with the referee.

Robertson gave the Reds the lead with a brilliant headed finish, but the visitors equalised through Jay Rodriquez in the 69th minute.

Liverpool then felt they were denied a blatant penalty when Robertson went down in the area under the challenge of Johann Berg Gudmundsson.

VAR ruled that Gudmundsson got a touch on the ball before bringing down the 26-year-old and the Reds weren’t able to find a winning goal.

Jurgen Klopp and Robertson went over to the match officials after the full-time whistle with the left-back launching into a explicit rant.