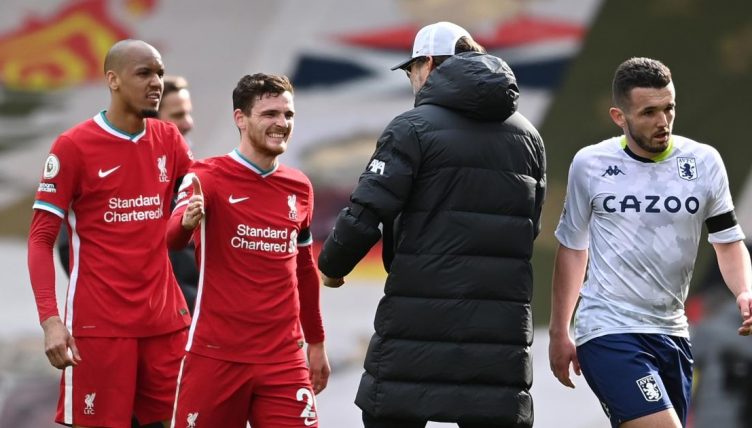 Ollie Watkins fired the visitors ahead in the 43rd minute and Roberto Firmino thought he’d equalised moments later but a VAR review ruled that Diogo Jota was just offside in the build-up.

They did eventually equalise when Mohamed Salah headed into an empty net, ending Liverpool’s run of 12 hours and 45 minutes without a goal in open play at Anfield.

After being heavily criticised in recent weeks, Alexander-Arnold responded by curling home from the edge of the box in injury time.

Robertson then summed up how every Liverpool fan was feeling by enthusiastically celebrating the winner.

Watch: Harvey Elliott and Harry Wilson both get assists in Blackburn v Cardiff