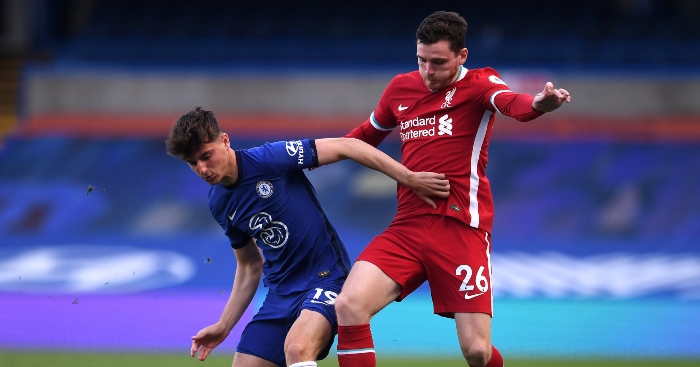 Liverpool‘s full-backs aren’t afraid of taking a few risks and Andy Robertson showcased his impressive skills during their 2-0 win over Chelsea.

Jurgen Klopp’s side couldn’t find a breakthrough in the first-half but Andreas Christensen was correctly shown a red card on the stroke of half-time.

Sadio Mane then punished the Blues with two quickfire goals after the break and Liverpool were in complete control at Stamford Bridge.

Jorginho attempted to close down Robertson but the Scotland international showed great footwork and left his opponent in a heap on the floor.

Things didn’t get much better for Jorginho as his penalty was saved by Alisson Becker in the closing stages.