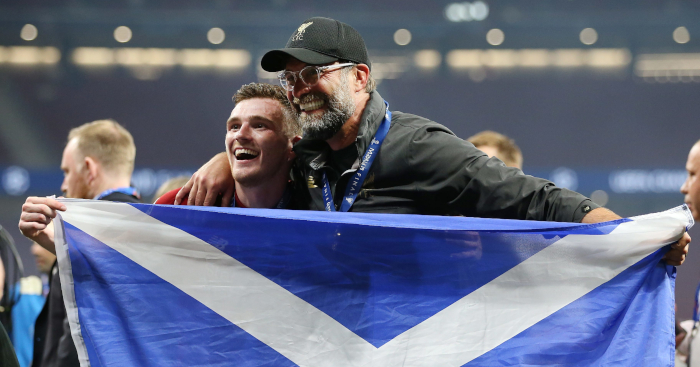 An early penalty from Mo Salah and a late strike from Divock Origi secured a 2-0 win for Liverpool over Spurs, with the Reds lifting the European Cup for a sixth time.

Robertson has played a huge part in Liverpool’s run to the final with some superb performances from left-back as part of a tremendous full-back pairing with Trent Alexander-Arnold on the opposite flank.

And while reflecting on the achievement after the match, Robertson also remembered to congratulate West Ham winger Snodgrass on his big day.

Man like Andy Robertson congratulating Snodgrass on his wedding ⚒🔴 pic.twitter.com/R3vvwnbmie