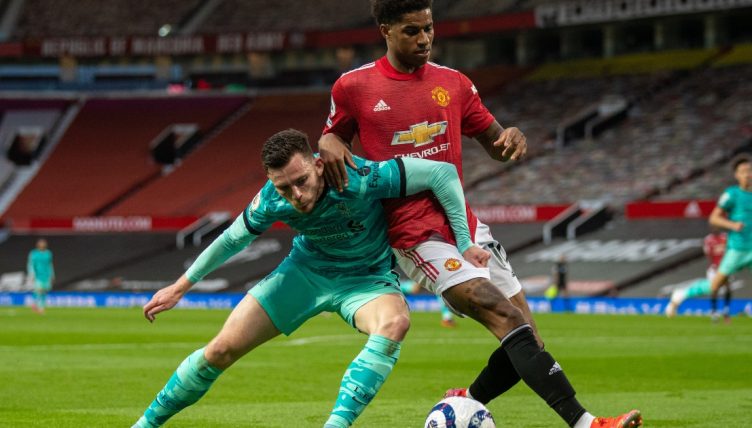 Liverpool picked up a huge three points away to Manchester United on Thursday night, and Andy Robertson looked like he was back to his best at left-back.

Bruno Fernandes fired the hosts in front early in the first half, via a massive deflection off the leg of Nat Phillips, but the centre-back made amends, brilliantly setting up Diogo Jota to flick home an equaliser before the break.

Roberto Firmino ensured the visitors went in at half-time in the lead, heading home a pin-point Trent Alexander-Arnold cross in stoppage time, before tapping in at the start of the second half to make it 3-1.

Marcus Rashford clawed one back, but a cool finish from Mo Salah on the counter-attack made the points safe as Jurgen Klopp looks to mastermind a route back into the top-four.

While Robertson may not have been directly involved with any of the goals, his boundless energy was a huge factor in keeping United at bay.

This was best demonstrated in the first half when he chased down Rashford from inside the United half, put in a crunching tackle, then skipped around Fernandes, leaving the Portuguese on the ground.