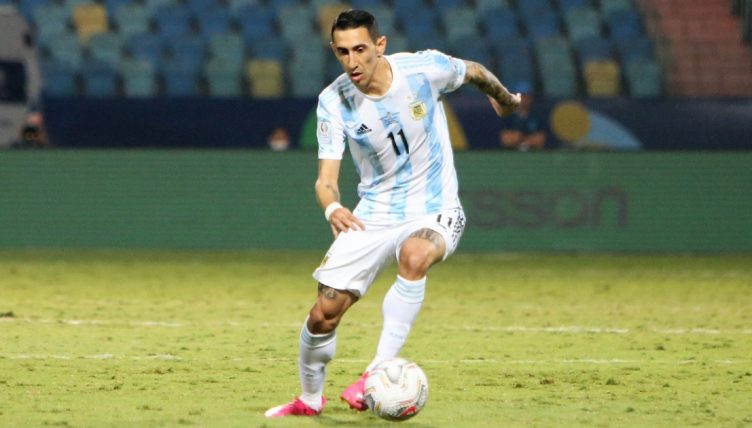 Argentina secured their passage to Qatar 2022 with a goalless draw against Brazil on Tuesday evening and PSG winger Angel Di Maria marked the occasion with the filthiest of nutmegs on Vinicius Jr.

There may have been no goals but the clash between these fierce rivals still produced plenty of skill and incident – from Nicolas Otamendi’s unpunished elbow on Raphinha to Vinicius destroying an Argentina defender with a rainbow flick.

But our eyes were drawn to a piece of impudent brilliance from Di Maria in first-half injury time.

Di Maria received the ball on the right-hand side of the pitch and could see Vinicius in the corner of his eye.

The PSG star dragged the ball back through his opponent’s legs using the bottom of his left boot before casually passing the ball to a team-mate.

Argentina sealed their place at next year’s World Cup finals after Uruguay and Chile both lost their respective qualifiers.

And, after a farcical showing at the previous tournament in Russia, the two-times winners will be hoping for a much-improved display in the Middle East next winter.

A lively first half but no goals yet between Argentina and Brazil 👀 pic.twitter.com/ZNVlZO6VRX