Watch: Di Maria loses his cool and gets red card for stamp on Fernandinho 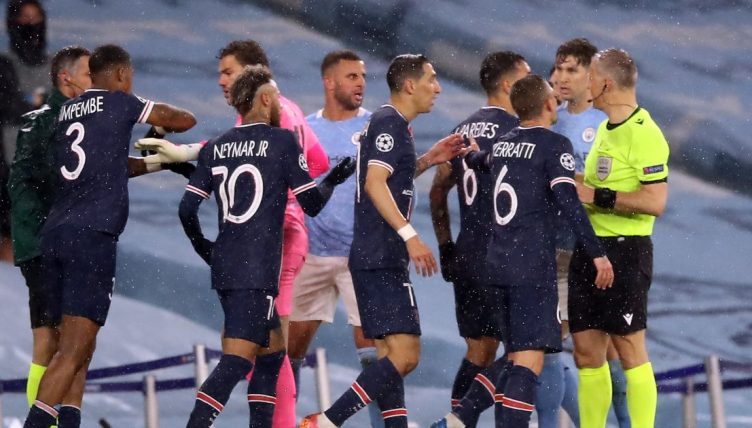 During the first leg at the Parc des Princes, PSG lost 2-1 and Idrissa Gueye received a straight red card for a terrible challenge on İlkay Gündogan.

Mauricio Pochettino’s side looked to turn it around at the Etihad but Riyad Mahrez’s brace gave City a 4-1 aggregate lead.

Di Maria, who spent one season at Manchester United, lost his cool and was sent off for a petulant stamp on Fernandinho when the two were off the pitch.

“He’s lost his head. He shouldn’t have done that and it’s been witnessed by everyone at the stadium,” former City winger Trevor Sinclair said on talkSPORT.

“It’s frustration. This is what Fernandinho does. He winds up opposition players and gets them at it. That’s exactly what he’s done and that’s why he’s in the team.”

Present Kimpembe and Danilo were also cautioned in the final stages for reckless tackles as City booked their place in the final.

Here's a better view of the #DiMaria Red Card. It's just so unnecessary. pic.twitter.com/bfoL2s2qDx