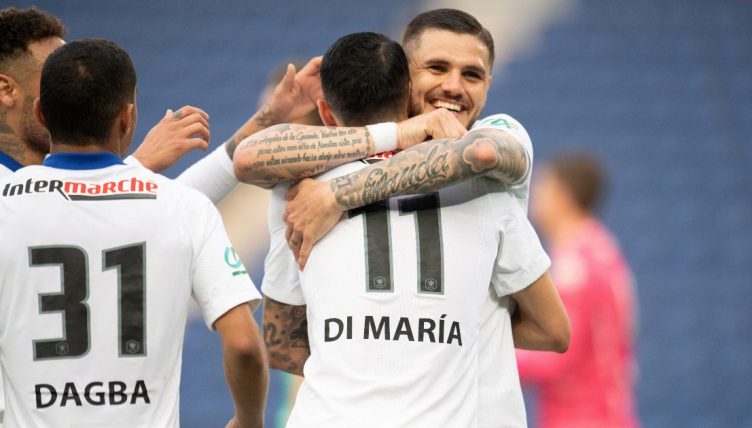 Perhaps the strangest part of a strange, strange week has been the fact PSG were left to look like the good guys of European football after the Qatar-owned French outfit refused to join the 12 clubs to announce plans of a breakaway European Super League on Sunday night.

Those blueprints were quickly shelved following a fierce backlash from supporters around the world, leaving PSG to celebrate in style by hammering Angers, who sit 12th in Ligue 1.

Mauro Icardi bagged a hat-trick, but the Argentina striker’s second belonged entirely to the assist of his compatriot.

After being played into the box, Di Maria glided past one defender before leaving Icardi with a tap-in courtesy of a cheeky rabona.

Look familiar? It’s not the first time Di Maria has put the ball on a plate for a teammate with rabona. Watch his assist for PSG below, followed by a clip of him repeating the trick in a Real Madrid shirt.

The assists of an Angel, amirite?