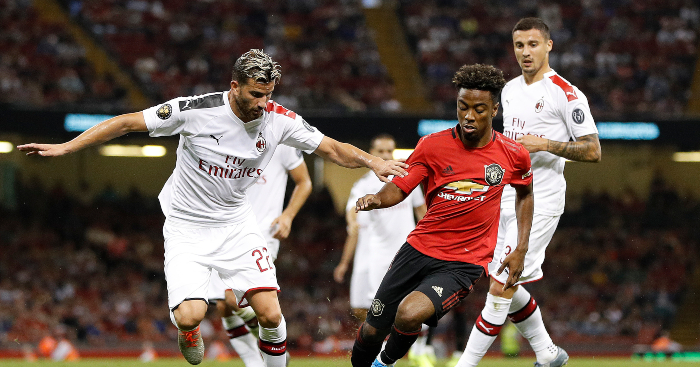 Angel Gomes caught the eye for Manchester United once again in pre-season as the Red Devils beat AC Milan on penalties in Cardiff.

Gomes is one of a number of United youngsters handed a chance by Ole Gunnar Solskjaer this summer to have boosted their first-team chances ahead of the 2019-20 campaign.

The 18-year-old came off the bench as United drew 2-2 with Milan, with Marcus Rashford and Jesse Lingard both on the scoresheet, before winning 5-4 on penalties.

And Gomes found the time to excite plenty of United supporters with one piece of trickery in which he beat three Milan defenders thanks to some brilliant close control.

Angel Gomes is an unreal baller. So much talent. 💫 pic.twitter.com/Yx5JMj5JQQ

What Pep, Carra, Neville and more have said about £80m man Harry Maguire