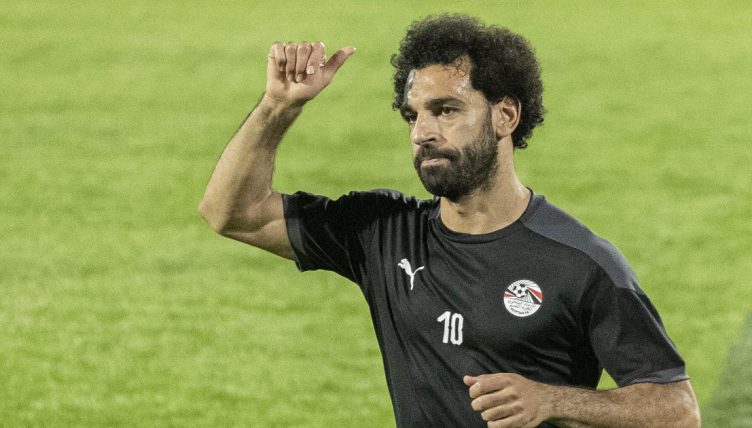 Liverpool’s Mohamed Salah is arguably the greatest player in the history of African football – so it’s no surprise his superstar status earns him extra attention when returning to the continent.

Salah, who recently overtook Didier Drogba to become the all-time top-scoring African player in Premier League history, was representing Egypt in a World Cup qualifier away to Angola on Friday.

He assisted Arsenal’s Mohamed Elneny for Egypt’s first goal as they came from behind to draw 2-2. The point keeps Egypt unbeaten and top of their qualifying group for Qatar 2022.

But arguably the most memorable moment of the match came in the closing stages when a shirtless fan ran onto the pitch to give Salah a hug, which appeared to be the cue for a few more pitch invaders to try get close to the Liverpool star.

No doubt used to all the attention by now, Salah seemed to take it all in his stride.