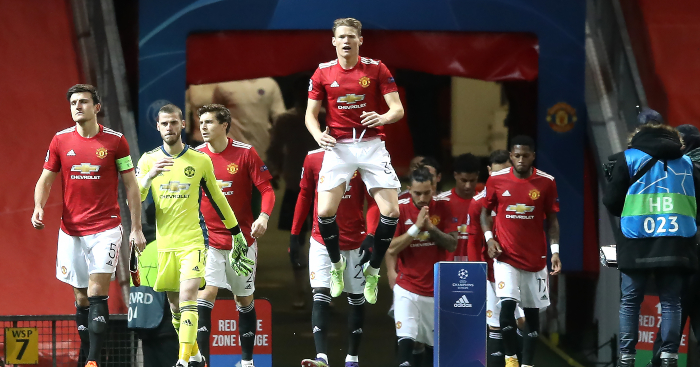 Scott McTominay was not in the mood to put up with Neymar in the first half of Manchester United‘s Champions League clash with PSG at Old Trafford on Wednesday night.

In a fiery first half in Manchester, McTominay’s midfield partner Fred escaped with a yellow card after pushing his head into Leandro Paredes, with the duo enjoying a running battle.

McTominay, however, clashed with Neymar, in much the same vein as his Scotland team-mate, Liverpool left-back Andy Robertson.

After a crunching tackle on the Brazilian in which the midfielder won the ball, McTominay then stepped over the PSG star and appeared to accidentally stand on his ankle.

see how mctominay put neymar in his pocket 😭😭 pic.twitter.com/3Qin0yW8Jo

And Neymar then confronted McTominay as the players headed for the tunnel upon the half-time whistle.

More of this, please lads.

Neymar and Scott McTominay exchange views on footballing philosophies as the sides head in for half-time at Old Trafford 👀 pic.twitter.com/JHqtkQspmO