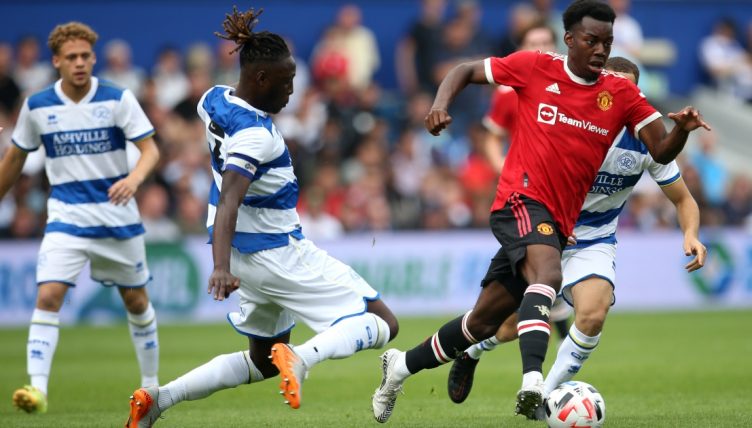 Elanga has been tipped to break into the United first team after impressing in the club’s youth sides.

And the 18-year-old has impressed during the current pre-season, scoring against QPR with a deftly taken finish.

That wasn’t the only moment that Elanga caught the eye at the Kiyan Prince Foundation Stadium.

As the clock ticked down with United two goals adrift, the Sweden U21 international took it upon himself to lift his team-mates.

But instead of surrendering the ball, he swerved inside them both with some clever footwork before advancing with the ball.

“It would be easier to say the boy should go on loan but he’s doing so well,” said Ole Gunnar Solskjaer after the match

“He’s electric, his pace, his skill, he’s not afraid of anything. He’s go the courage, the bravery of a Man Utd player.

“I wouldn’t be surprised if he’s going to be staying here. It depends, we know it’s important for him to develop and get game time but at the moment we’ve not really decided.