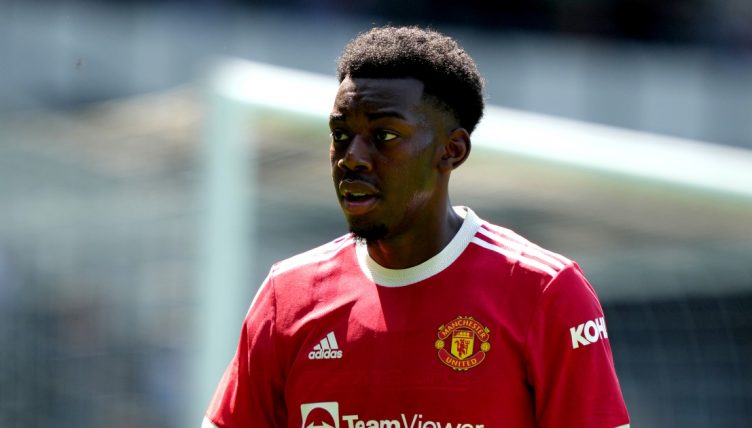 Manchester United went down 4-2 at QPR in their latest pre-season friendly but youngster Anthony Elanga got himself on the scoresheet.

Elanga has been tipped to break into the United first-team squad after impressing for the club’s youth sides.

And the Sweden U21 international took his opportunity to impress Ole Gunnar Solskjaer with a well-taken goal in west London on Saturday afternoon.

The Premier League giants were trailing 4-1 to their Championship opponents when Elanga received the ball outside the QPR box.

Taking a few touches to steady himself while advancing forwards, the 19-year-old unleashed a low shot that deceived goalkeeper Jordan Archer and nestled in the bottom corner.

It was part of an impressive display from the youngster – Elanga had three shots on target and two big chances during his cameo.

United fans will be hoping to see more of the talented forward over the coming months.