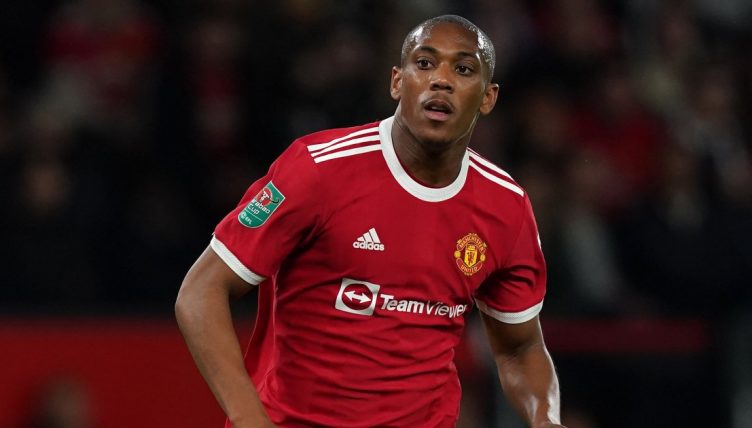 Manchester United forward Anthony Martial opened his goal scoring account for the season with a clinical finish to put his side ahead against Everton on Saturday afternoon at Old Trafford.

Martial, starting his first Premier League game since August, managed to powerfully bend the ball beyond Everton goalkeeper Jordan Pickford from the left side of the penalty after getting on the end of a dangerous pass from Bruno Fernandes in the 43rd minute of their encounter.

The goal for the Frenchman, who was brought back into the side to replace Cristiano Ronaldo, marked the first time he had found the net during the 2021-22 season and helped relieve some of the pressure on 25-year-old, who has found playing opportunities hard to come by since the arrivals of Ronaldo and Jadon Sancho last summer.

The goal also marked Portuguese star Fernandes’ 50th goal involvement for the Red Devil’s in the Premier League since joining in January 2020.

Finished with aplomb by Anthony Martial! 💥

The Frenchman enjoyed that one! pic.twitter.com/nDayZaHgcM