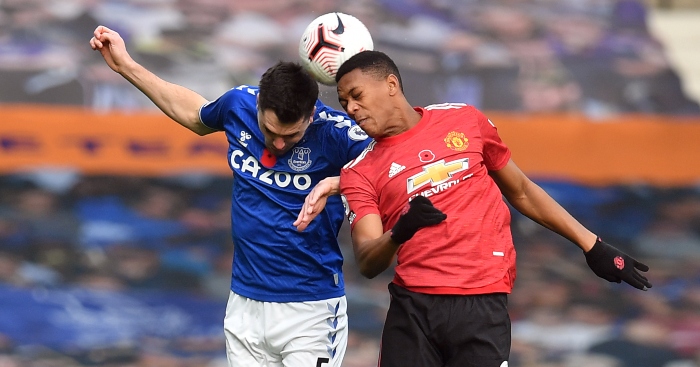 After missing Manchester United‘s last three games through suspension, Anthony Martial completely forgot about the pre-match ritual before their game against Everton.

In support of the Black Lives Matter movement, players have been taking the knee before kick-off since football’s restart earlier this year.

While everyone else knelt down ahead of the game at Goodison Park, Martial started streaming forward into the opponents’ half of the pitch.

Realising his mistake, he quickly trotted back and joined the rest of the players in making the gesture.

It clearly didn’t affect the French international too much as United won the game 3-1 after a Man of the Match display from Bruno Fernandes.