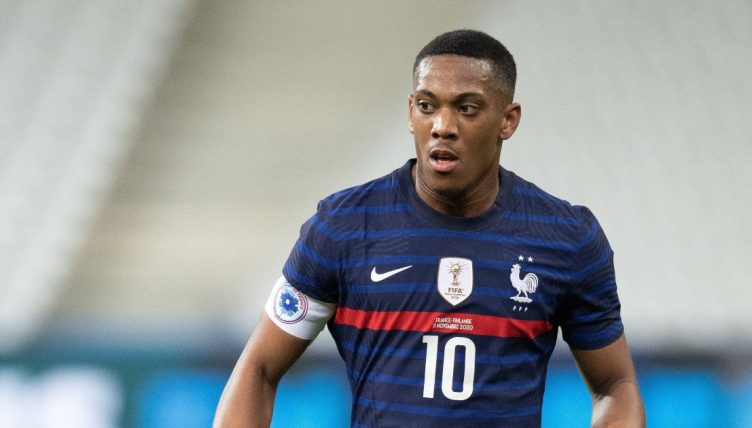 After a difficult season at Manchester United, Anthony Martial looked back to his best during France’s win over Kazakhstan.

Martial has failed to build on his impressive performances in 2019-20, scoring just four goals in 22 Premier League appearances for United this campaign.

Despite struggling for form at club level, the striker was still named in Didier Deschamps’ France squad for their World Cup 2022 Qualifiers.

The 25-year-old, who was a late substitute in the 1-1 draw against Ukraine, started up front for Les Bleus against Kazakhstan.

After receiving a pass from Paul Pogba, he quickly turned his marker in the middle of the park before passing the ball to Ousmane Dembele.

Dembele made no mistake in front of goal and an own goal from Serhiy Malyi doubled France’s lead on the stroke of half-time.

Martial then picked up an injury during the second half and was replaced by Kylian Mbappe in the 60th minute.