Watch: Martial leaves defenders with twisted blood in solo run from own half 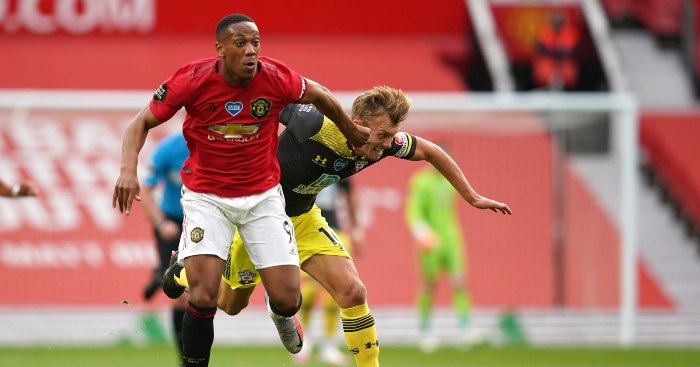 Anthony Martial created one goal and scored another in Manchester United‘s 2-2 draw with Southampton – but the highlight of performance came in a stunning solo run in the second-half.

Quick-fire goals from Marcus Rashford and Martial put United 2-1 in front after Stuart Armstrong had given the visitors the lead.

The France international later won the ball back deep inside his own half before launching a solo counter-attack and running at the Southampton defence.

He showed great footwork to leave defenders in his wake but was unable to test the goalkeeper and fired over.

Martial also combined with Marcus Rashford for what would have been a stunning goal, but United were left to regret their missed chances as Michael Obafemi scored a late equaliser for the Saints.