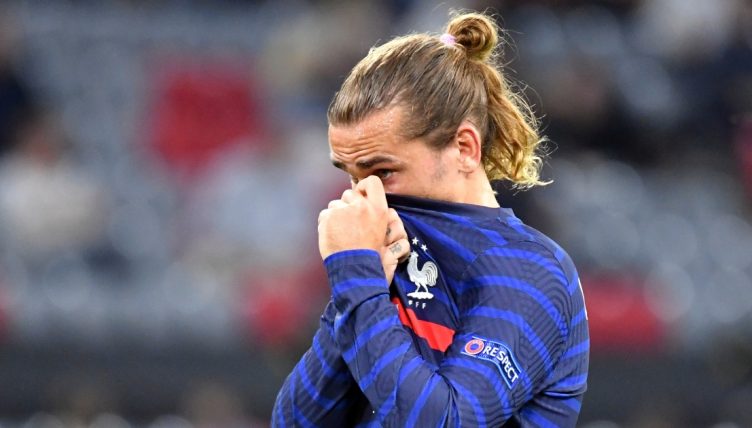 Barcelona forward Antoine Griezmann missed from yards out during France’s European Championship match with Hungary – but his blushes were spared by the offside flag.

Griezmann started the match in Budapest hoping to open his account for the tournament.

But the Euro 2016 Golden Boot winner will not wish to see a repeat of his miss in the 14th minute.

France had started to turn the screw after a slow start when Karim Benzema picked the ball up 20 yards from goal.

Benzema hit a low shot that Hungary goalkeeper Peter Gulacsi did well to save.

The ball fell to Griezmann with the goalkeeper lying on the floor but the Barcelona striker hit his shot straight at Gulacsi rather than into the empty net.

It was a terrible miss and his blushes were only spared the linesman and his raised offside flag.