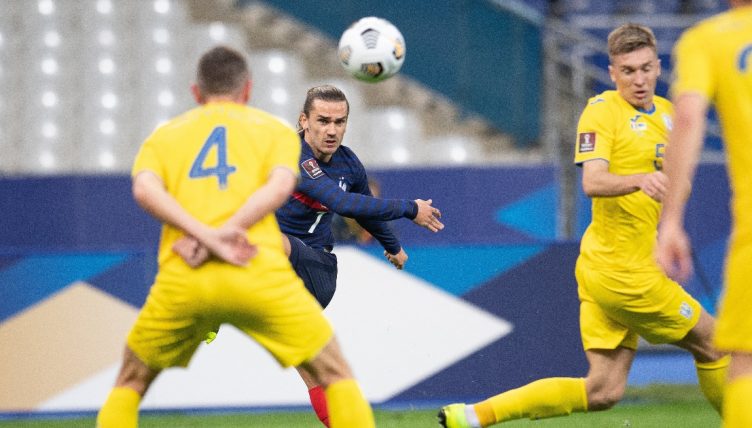 Antoine Griezmann got France’s campaign to retain their World Cup off to the perfect start with a perfect long-range effort against Ukraine.

The Barcelona forward opened the scoring after 19 minutes in the first qualifier for Qatar 2022, at home to Andriy Shevchenko’s side.

He was one of the heroes of France’s World Cup win in Russia three years ago, but has come under criticism in recent years, having looked to struggle to fit in at Barcelona, failing to win any trophies there in his debut campaign at the Camp Nou.

But Griezmann is starting to gel at Barcelona, scoring the opening goal in their 6-1 mauling of Real Sociedad on Sunday, his second goal in as many games.

And he’s evidently carried that form onto the international stage, with this beautiful strike. He did brilliantly on the corner of the 18-yard box to cut inside a send a curling effort past Ukraine keeper Georgi Buschan, right inside the post.