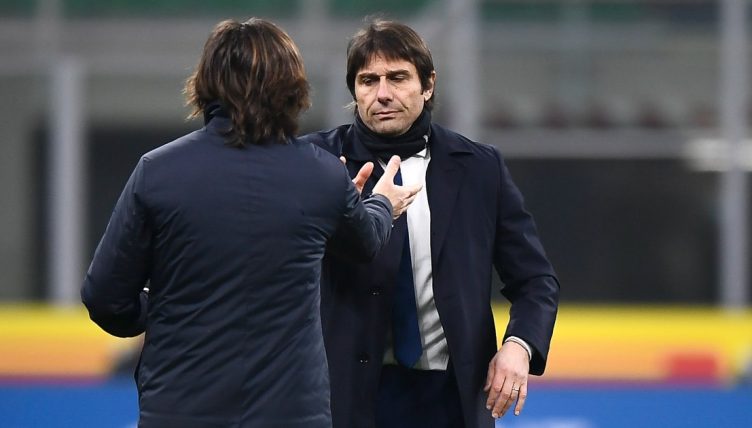 Juventus progressed to the final, where they will face the winner of Atalanta vs Napoli, having followed up their 2-1 victory at the San Siro with a 0-0 draw at home.

But the headlines were dominated after the match by Conte’s gesture towards Juve officials as he walked down the tunnel at half-time.

According to Sky Italia, Conte and Agnelli were also involved in a bust-up at full-time.

Speaking to Rai Sport, the former Chelsea boss said: “[Juventus] should tell the truth, the fourth official saw what happened the whole game, they should be more polite.

“There is nothing to say but more sportsmanship and respect is needed for those who work.”