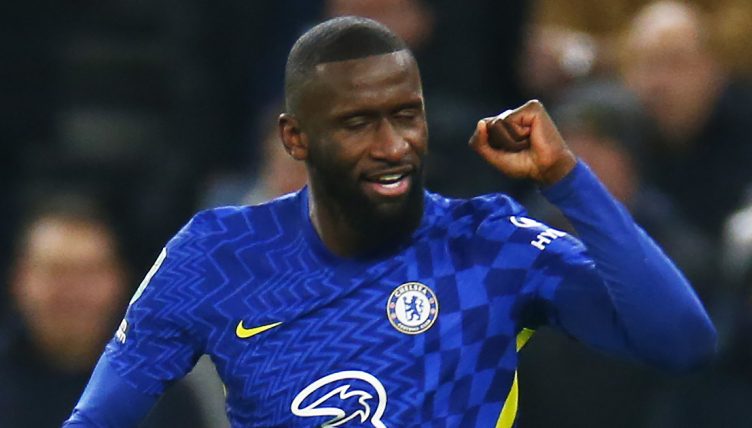 As Kai Haverz netted his penalty to win Chelsea their first Club World Cup, the players in the squad and fans worldwide were jubilant in scenes of celebration.

But defender Antonio Rudiger was particularly enthused by the winning goal, and as the players gathered in the corner of the pitch he climbed over the stands and brought a chair back with him.

Clearly caught up in the adrenaline of the moment, Rudiger threw the chair back over before aiming a powerful right hook at the corner flag.

Chelsea fans will hope that by showing such passion for the club, Rudiger could still be persuaded to stay and sign a new deal.

The Germany international is out of contract at the end of the season and has been linked with a move to Real Madrid whilst his talks with Chelsea appear to have stalled.

Rudiger has been a crucial part of Chelsea’s backline since the arrival of Thomas Tuchel, and losing him for free would be a massive blow for the club.

The 28-year-old’s wage demands are reportedly in excess of £200,000 per week and Chelsea appear unwilling to cave in to his demands.

“I don’t feel he needs a lot of coffees with me,” Tuchel said in January. “He is a guy that needs to trust you, to feel the connection, feel the trust.

“He wants to feel it by minutes and by actions. I don’t feel Toni needs a lot of words, pampering and coffee talks or invitations to dinner or whatever.

“He is a top professional, this is what he proves. He is important, nothing has changed. We are in talks. It is in good hands because I trust the club 100 per cent and I trust the player so it’s a no problem situation for me.”

If he is to depart West London, he will leave as a European and World champion.

Look at Antonio Rudiger & how much Kai Havertz winning goal meant to him!!! He loves @ChelseaFC !!! And for me deserves a contract for life. Hopefully he will get the deal he wants & he will stay. 💙 pic.twitter.com/yIjcgDfShw