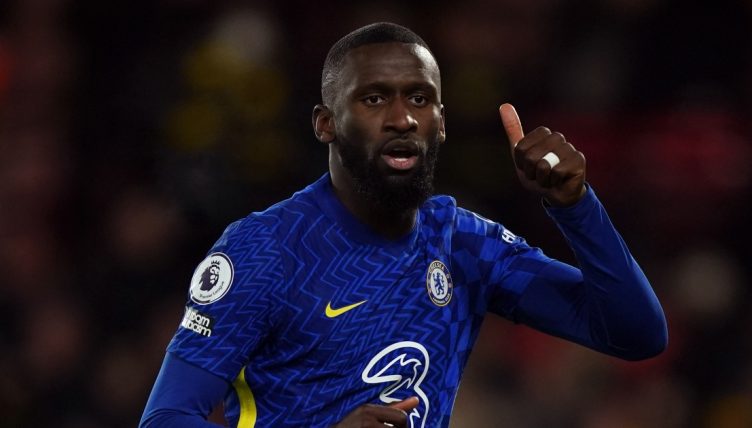 Antonio Rudiger celebrated in a style only he could after playing a key role in Chelsea’s last-gasp 3-2 victory over Leeds United.

In a feisty match between the old rivals, Marcelo Bielsa’s men came to Stamford Bridge and put in a strong performance, looking good value for a point after rising star Joe Gelhardt came off the bench to equalise.

Having already won a penalty early in the second half to put Chelsea ahead, drawing a rash challenge from Raphinha, Rudiger was once again felled in the box in injury time.

VAR was needed to award Chelsea’s first spot-kick, but referee Chris Kavanagh didn’t need a replay to award the second after Mateusz Klich attempted to win the ball but went through the back of the Germany international.

It was undoubtedly soft, but Jorginho stepped up to slot home past Illan Meslier for a second time. Chelsea ultimately kept the pace with top two City and Liverpool, who also had controversial penalties to thank for their victories over Wolves and Aston Villa respectively.

“He did not accept today to lose, we can agree on this one. We expected an intense match for Toni and Azpi because of Leeds unique style of defending,” Thomas Tuchel told reporters in his post-match press conference.

“They have to be constantly in the game and focus on defending and attacking. They arrived in these spaces because they let us drive in there. It was good because he did not accept to lose.”

After the final whistle, Rudiger was involved in a mass scrap with the Leeds’ players, who evidently weren’t happy about how he won the late penalty – or perhaps how he rubbed salt into their wounds with his crazy celebration.