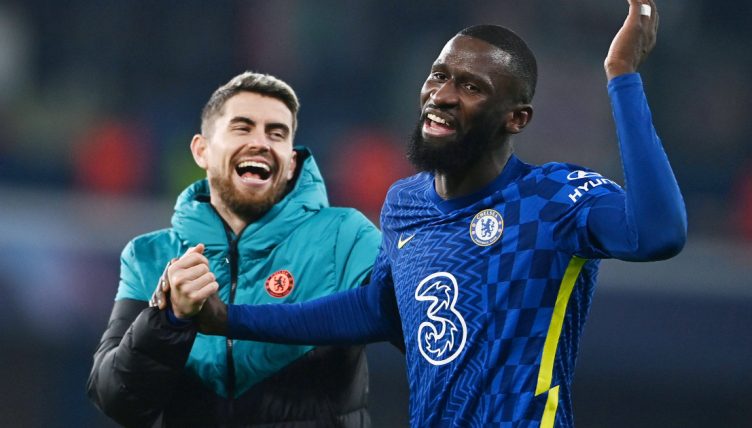 Antonio Rudiger has gone from strength to strength since Thomas Tuchel’s arrival at Chelsea, becoming one of the best centre-backs in Europe in the last 12 months.

The imposing German defender could leave the club on a free transfer at the end of the season, but is currently one of the first names on the team sheet, in a defence that has been rock solid throughout the campaign.

Rudiger has scored twice in the Premier League this season and almost made it three during their dominant first-half display against Manchester United.

The 28-year-old picked up the ball 20 yards from goal and unleashed a powerful shot that looked destined for the top corner.

But the ball cannoned back off the crossbar, much to the relief of David De Gea, and Rudiger will have to wait before extending his goal tally for the season.

Despite Chelsea’s dominance, they failed to get the breakthrough in the first half and Jadon Sancho gave United the lead in the 50th minute.

It's a superb strike from the #CFC defender from 20 yards, but it smacks the top corner of the crossbar. It had De Gea leaping and that could have been the #MUFC goalkeeper beaten…