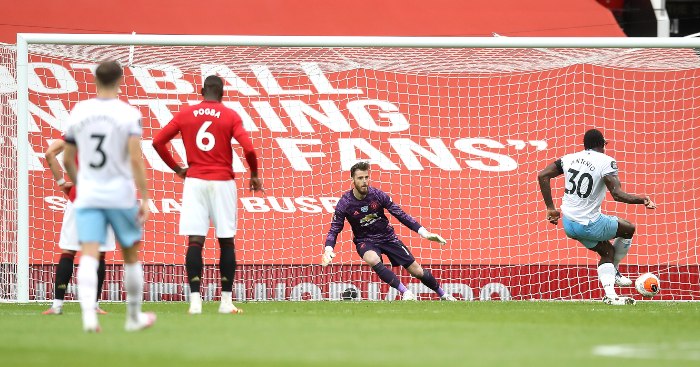 Michail Antonio saw the funny side of Paul Pogba’s handball which gave him the chance to score the penalty that helped West Ham draw 1-1 with Manchester United.

United could have taken a huge step towards securing their place in the Premier League’s top four and qualify for next season’s Champions League, only to be frustrated by West Ham at Old Trafford.

Mason Greenwood’s second-half strike could only salvage a draw for the hosts after Antonio had scored from the penalty spot in first-half stoppage time.

Antonio was then pictured laughing about Pogba’s handball which led to the penalty. In a brilliantly awkward moment, Pogba was stood in the background glaring at the Hammers man.

The Frenchman did not look impressed… 😠

What you need to know about Marc Jurado, the Barca kid set for Man Utd