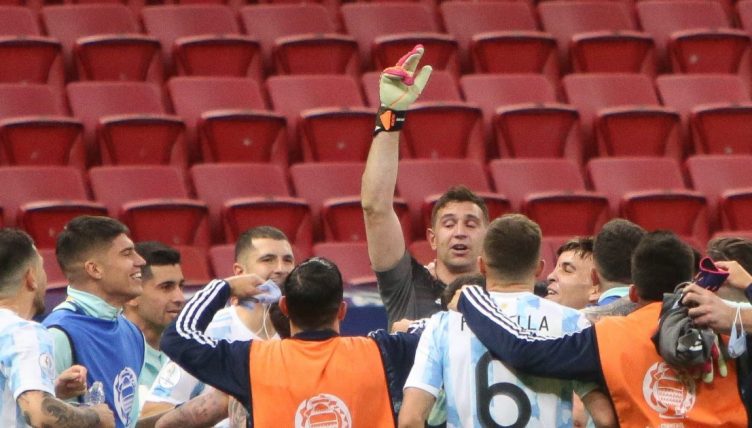 Argentina are through to the Copa America final, setting up a date with the old enemy Brazil, and they have Aston Villa goalkeeper Emiliano Martinez to thank for getting there.

Having cruised past Ecuador with a 3-0 victory in the quarter-finals, Lionel Messi and co. were made to work a lot harder for their progression past the semi-final with Colombia.

Messi set up Inter Milan forward Lautaro Martinez for Argentina’s opener after just seven minutes, but Colombia struck back on the hour mark, and after a hard-fought and entertaining 90 minutes, the match finished 1-1 and went straight to a penalty shootout.

Step forward Martinez, who was Argentina’s hero with three penalty saves against Colombia. Emotions were clearly running high; Messi mocked Everton centre-half Yerry Mina, once his team-mate at Barcelona, by shouting “dance now!” after his effort was saved by the Villa keeper.

Boca Junior’s Edwin Cardona and Spurs defender Davinson Sanchez were the two others denied by Martinez.