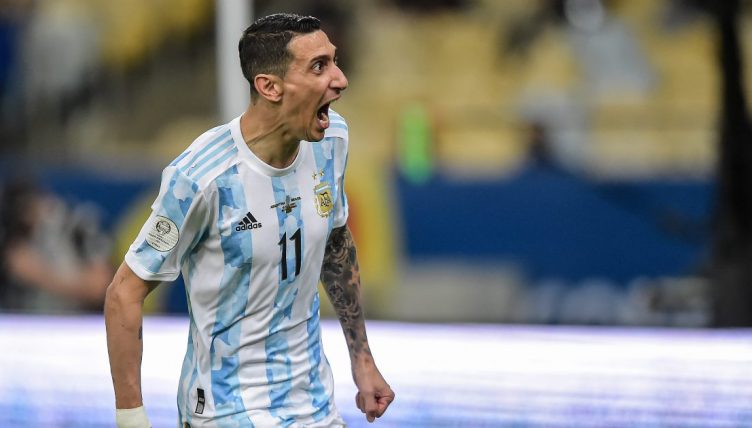 Injury problems meant that Di Maria had to watch from the sidelines as Argentina lost the 2014 World Cup final as well as the 2015 and 2016 Copa America finals.

He was fully fit against Brazil and certainly made up for lost time, taking down Rodrigo de Paul’s lofted pass before lobbing Manchester City’s Ederson in the 22nd minute.

Argentina defended resiliently in the second half and held on for the win, sparking wild and emotional celebrations from Lionel Messi.

“It’s going to be unforgettable,” Di Maria told reporters after the game. “Messi told me thanks to me, I said thanks to him!

“He told me that it was my final, that it was the rematch for the finals that I couldn’t play. It had to be today and today it was.”