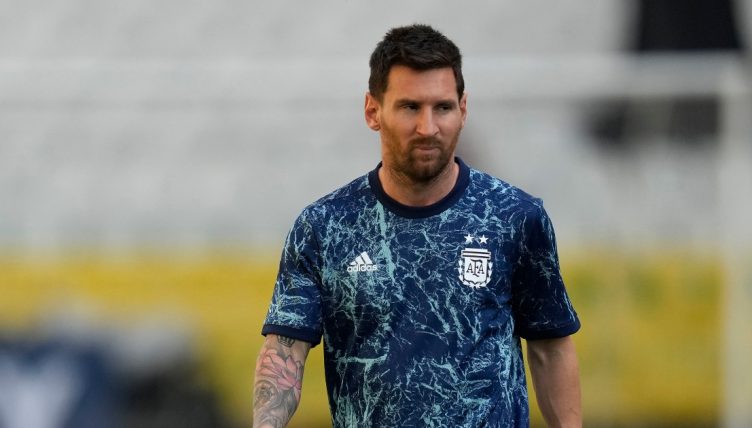 We barely got any actual football on Sunday evening as Brazil versus Argentina was postponed amid chaotic scenes, but we were treated to something special from Lionel Messi in the warm-up.

The World Cup qualifier between the two great South American rivals, a rematch of Argentina’s Copa America final victory back in July, was suspended after just six minutes of play.

It turned out to be its own kind of spectacle, and Brazil’s players went on to entertain the supporters at the Corinthians Stadium in Sao Paulo with an open training session.

PSG’s latest superstar Messi didn’t get a chance to dazzle on the pitch, but he offered a reminder of his supreme quality with a flawless free-kick prior to kick off. Granted, there was no wall – but he placed it perfectly into the top corner, and there’s something immensely satisfying about watching the spin of the ball in slo-mo replays.

Lionel Messi practising free-kicks before it all went crazy 🎯