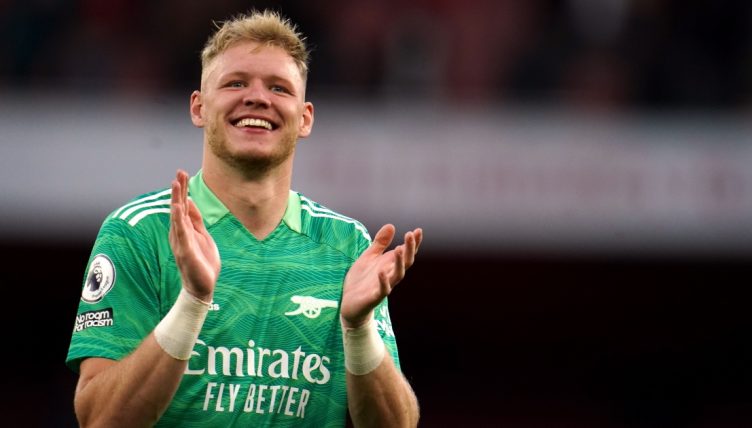 Arsenal goalkeeper Aaron Ramsdale once again caught the eye of fans when he pulled off an impressive 30-yard pass to find teammate Emile Smith Rowe during the opening moments of his side’s game against Crystal Palace on Monday night.

Ramsdale, who has been a standout player for the Gunners so far this season, pinged the line-breaking ball in just the fourth minute of the match after receiving possession in his own penalty area.

The long, daisy-cutting pass from the England international was all the more impressive given he was being quickly closed down by several opposition players. Ramsdale’s quick thinking allowed the home side not just to relieve the defensive pressure but start a quick breakaway.

The superb pass from the 23-year-old was not his only great moment of the game however, with the ‘keeper putting in another stellar performance for the side he joined only last summer – which included a brilliant save to deny Palace midfielder Connor Gallagher later in the first half.

Thanks in part to the performance of their young goalkeeper, Arsenal were able to snatch a late point from the game after a last-second goal from Alexandre Lacazette made it 2-2 – a result which lifted the north London side up to 12th in the Premier League table.

Quality distribution from Ramsdale as per usual. I'm so happy to have him as our keeper he's so good. pic.twitter.com/JkVOtc3FaN