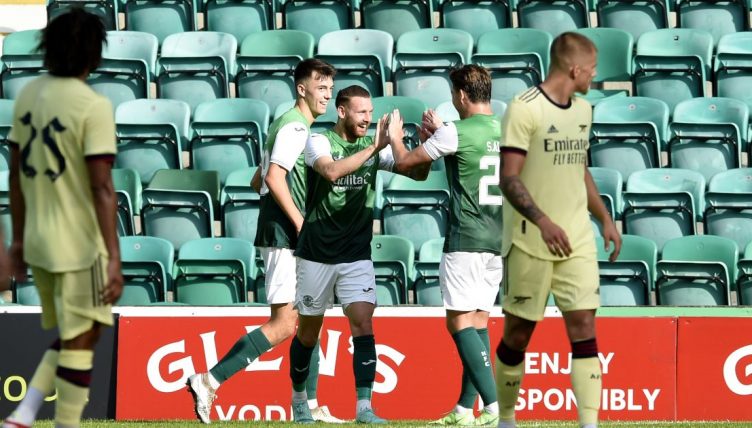 Arsenal’s Arthur Okonkwo had a first-team debut to forget as the Gunners lost 2-1 to Hibernian in a pre-season friendly.

Okonkwo, who has been with Arsenal since the age of eight, recently signed a new long-term contract with the club and is highly regarded by Mikel Arteta.

“Arthur was working and travelling a lot with the first team last season and we have all seen his quality at first hand,” Arteta told Arsenal’s official website.

“He is a strong young goalkeeper with great potential and we’re so pleased he has signed a new deal. He has absolutely earned his place in the first-team squad.

“Arthur will now join us every single day in training, where we look forward to watching him continue to develop and improve his goalkeeping.”

With Bernd Leno currently on holiday after Euro 2020, the 19-year-old was handed his debut at Easter Road but made a big blunder to hand Hibs a shock lead.

He failed to deal with Cedric Soares’ back pass and missed the bouncing ball, allowing Martin Boyle to tap into an empty net.

Daniel Mackay doubled the hosts lead in the 70th minute before Emile Smith Rowe scored a late consolation for Arsenal.