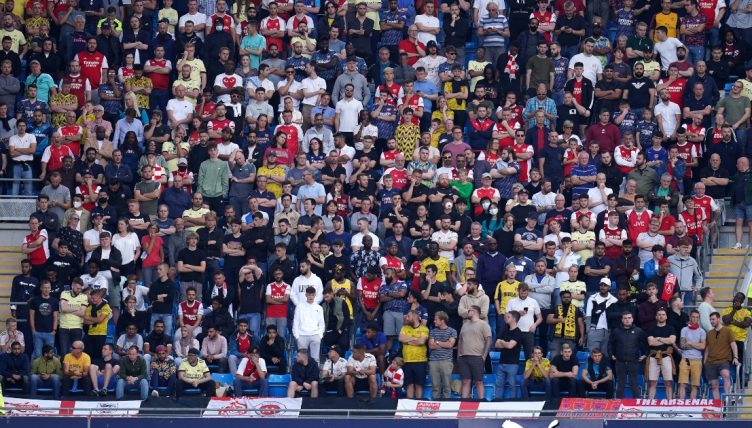 Arsenal fans have to get their kicks wherever possible these days and – in the absence of any goals of their own – ironically celebrated Manchester City’s fourth on Saturday.

Arsenal travelled north searching for the first goals and points of the 2021-22 Premier League season but ended up on the receiving end of a 5-0 thrashing.

And when Rodri put City 4-0 up, Arsenal’s long-suffering fans reacted by sarcastically celebrating the goal in the stands of the Etihad Stadium.

With Mikel Arteta watching on from the bench, the moment represented a new low in Arsenal’s shocking start to the new season.

They are rock bottom of the table, having lost every game without scoring, and have a goal difference of -9. The only other side to start a Premier League season so badly was Wolverhampton Wanderers’ 2003-04 vintage – who went on to finish 20th.