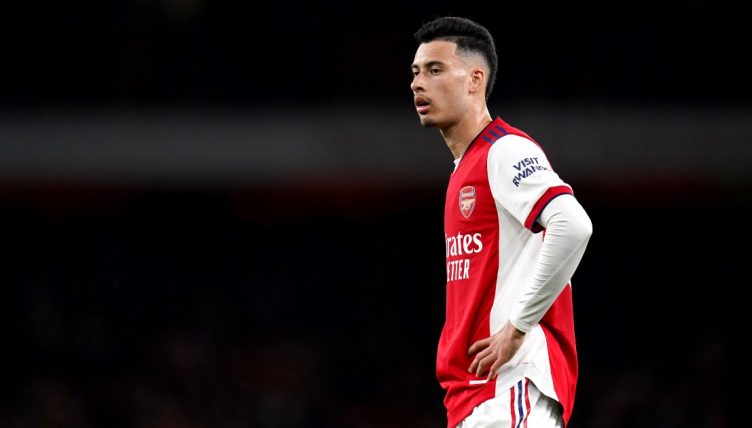 Gabriel Martinelli is a fans’ favourite at Arsenal and his performance in the 3-2 defeat against Manchester United on Thursday will have done his chances of a regular starting berth no harm at all.

Martinelli has had something of a stop-start career at the Emirates since moving to England in 2019, with moments of inspiration sandwiched between long spells on the sidelines with injury.

But the young striker scored against Newcastle last weekend and made Jadon Sancho look like a mannequin with a reverse elastico at Old Trafford.

With Arsenal trailing as time ran out, Martinelli found himself crowded out on the touchline by both Sancho and Diogo Dalot – but managed to escape them both by slipping the ball through the England winger’s legs.

Despite the defeat, Arsenal manager Mikel Arteta singled Martinelli out for praise. “He looked a threat,” Arteta said. “He had a big chance in the first half, and he probably should have played on.

“He created assists, he worked extremely hard, and he had some really good moments – he looked a threat.”