Watch: Granit Xhaka gets away with vicious stamp on Leeds’ Raphinha 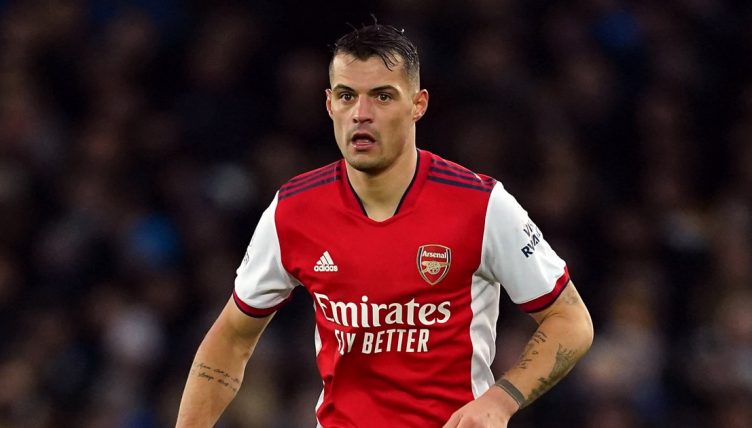 Granit Xhaka is well-known for his hot-headedness and he could have easily been sent off in Arsenal’s game against Leeds on Saturday. Somehow, though, he got away scot-free after a horrendous stamp on Raphinha.

Xhaka is a full-blooded midfielder to say the very least and his rash challenges and short fuse have got him into trouble on numerous occasions.

Most notably, he put himself in the bad books of the Arsenal faithful in October 2019 when he ripped off his red shirt and threw it on the floor in front of the Emirates crowd.

The Swiss international has also been shown 44 yellow and four red cards in his Premier League career, the disciplinary record of a man who listens to the devil on one shoulder more often than the angel on the other.

Against Leeds, he was at it again. In the second half, with Arsenal very comfortable in a 3-0 lead, Xhaka went into a challenge with Leeds winger Raphinha over the top of the ball, stamping down on his opponent’s ankle with his studs.

It could easily have been a red card for endangering Raphinha and could have caused the Brazilian some serious damage.

Had he been sent off, Xhaka may also have let Leeds back into the game, which looked impossible at half-time.

You really have to wonder whether Xhaka will ever learn from his numerous misdemeanours and Arsenal fans certainly showed their frustration on social media.

Somehow, though, the referee Andre Marriner saw fit to dish out no further punishment than the free-kick, despite having what appeared a clear view of the incident.

not even a booking for this????
VAR = absolute joke.
Xhaka = dirty b*stard pic.twitter.com/soo6B5XN3d