Watch: Arsenal have goal ruled out by VAR due to Saka’s toe being offside 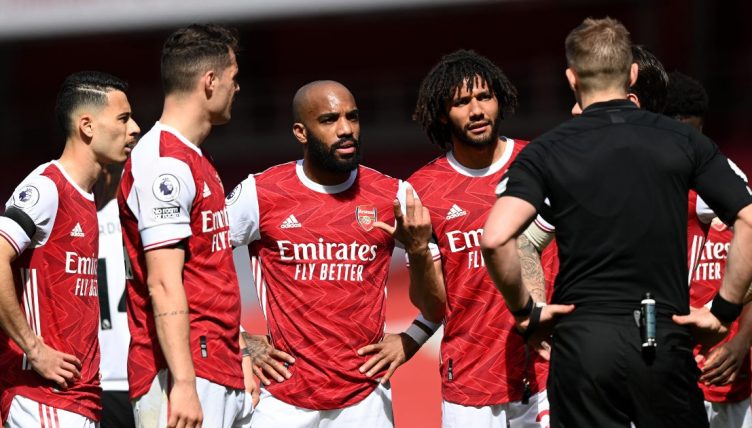 Arsenal‘s Dani Ceballos was denied his first Premier League goal after Bukayo Saka’s toe was ruled to be offside by VAR.

The Gunners thought they’d taken the lead just before half-time when Ceballos headed home at the back post from Hector Bellerin’s cross.

But the standard VAR check deemed that Saka was offside by the finest of margins and the goal was disallowed.

Fulham were then awarded a penalty in the second half and Josh Maja converted from the spot to give the visitors the lead.

The Cottagers looked set to hold on for three points Eddie Nketiah netted a last-gasp equaliser to make it 1-1.

NO GOAL! Saka’s toe was just offside and VAR intervened. It’s the tightest of margins and Fulham survive!