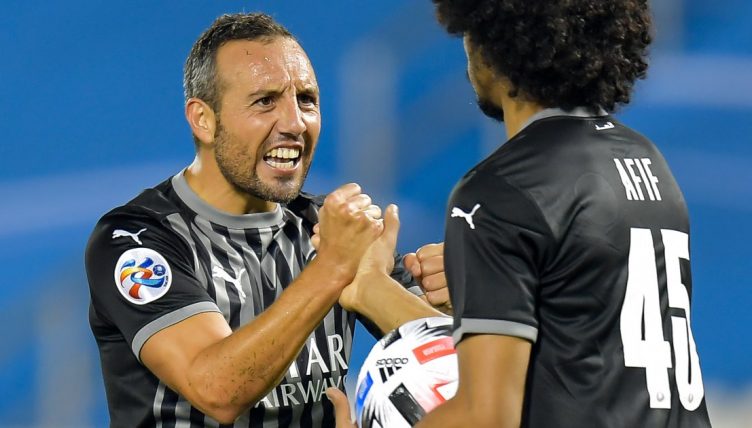 In the red half of north London, the little Spanish magician Santi Cazorla is still sorely missed. His precise passing and midfield control would certainly come in handy for Arsenal at the moment.

Yet while Cazorla was always brilliant for the Gunners, he was never renowned for his goal-scoring. Twenty-nine in 180 appearances is hardly a prolific return.

But since a move to play for Al Sadd in the Qatar Stars League last summer, Cazorla has turned into an unrepentant goal-getter and on Monday scored a spectacular 92nd-minute screamer to win the derby against Al Arabi, his 13th in 20 games this season.

The ball fell to Cazorla on the corner of the box and after one touch to take it out of his feet he smashed it past the goalkeeper and into the far corner.

Al Arabi had been leading 2-1 until the 90th minute, before Baghdad Bounedjah scored an equaliser and Cazorla grabbed his goal, so the strike sparked exuberant scenes at the Jassam Bin Hamad Stadium.

Al Sadd are now 13 points clear at the top of the league with just five games to play and look a dead cert to take the title.