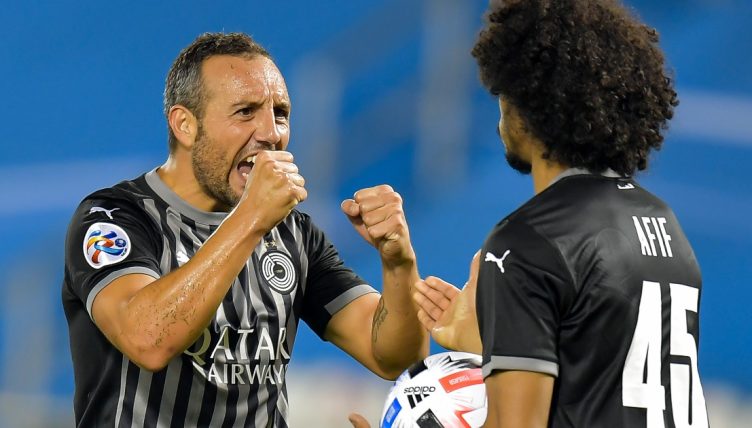 Arsenal cult hero Santi Cazorla rolled back the years and scored a peach of a goal as Qatari side Al Sadd SC beat Umm Salal on Wednesday afternoon.

Having put his injury hell in north London behind him and rekindled his career to enjoy a wonderful indian summer at Villarreal, Cazorla left the Spanish club in the summer of 2020.

The technically gifted midfielder could probably have continued putting in spellbinding performances in one of Europe’s major leagues, but he instead opted to play under his former Spain team-mate Xavi at Al Sadd – and who could blame him for one last big payday?

Xavi’s Al Sadd won their 15th Qatari title last term, with Cazorla playing an influential role by pulling the strings in midfield. He finished top of the assists chart (eight) and finished third in the top scorer charts with 13 goals and he evidently has lost ability.

Still going at 37, Cazorla continues to roll back the years in the Qatari top flight. Al Sadd look well set to retain their title; they’re currently seven points clear at the top, with a couple of games in hand on the chasers, despite losing Xavi to Barcelona mid-season. Former Watford and Valencia boss Javi Gracia is now at the helm.

The former Gunners maestro continued to show why he’s a difference-maker over in Qatar in the closing stages of their victory over Umm Salal.

Al Sadd had been leading since the 15th minute, and Cazorla put the finishing touch to an injury-time counter to put the game to bed. The Veteran received the ball on the edge of the box and struck decisively, right into the bottom corner and off the post.