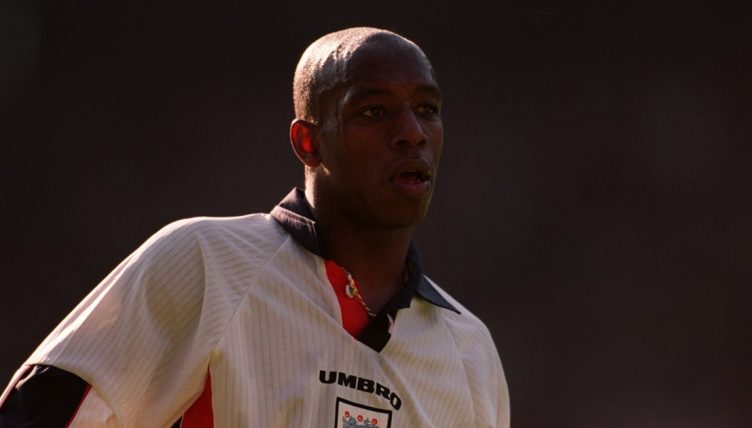 Arsenal legend Ian Wright has spoken about his heartache at missing out on the Euro ’96 squad – revealing he thought Terry Venables denied him the opportunity to “score a big goal in a winning tournament for England” – and covered plenty of other topics in a brilliant interview with UMM.

Wright is one of the most popular ex-footballers in Britain, having shone for Crystal Palace and Arsenal during his illustrious career.

But the former striker touched upon the regret he felt at not making the cut when England hosted the European Championship in 1996.

“Euro 96 is always a sore subject for me, because I got left out right at the death,” Wright told UMM. “I was just trying to get through that season scoring goals to get into that squad, to be there, for that golden goal if needed. And when they left me out it was devastating.

“I believe that was my purpose, I was meant to be there to score the winning goal. No one came off the bench and I did it for England.

“I know if I was warming up getting ready to come on at Wembley against Germany, in the last 10-15 minutes, the fans are going to believe that he’s coming on to score. Terry Venables messed up and I’ll never forgive him.

“I died inside, a part of me died that day. Simply because I believe that was one for me. To score a big goal in a winning tournament for England. He took it away from me.”

Wright also spoke about a range of different topics, including the form of Arsenal’s Bukayo Saka and Emile Smith-Rowe, his friendship with Alan Shearer and a glorious comeback to Roy Keane’s ‘cabinet full of losers medals’ comment during the height of Arsenal’s rivalry with Manchester United.

When asked about Saka, the 57-year-old said: “He’s the present as well [as the future], we need him, we need him so much.

“That’s why when I said he’s burdened with glorious purpose you know, because we’re talking about someone who’s come through the academy. Everybody knew what he was capable of when he was a youngster.

“He’s come through, he’s answered all the questions, he’s got himself into England, he’s arguably our best player.

“We need him [Saka], obviously Emille Smith Rowe coming through, Odegaard, Ben White you know, Sambi Lakonga. We’ve got a lot of players now with a high ceiling. And if they can reach their potential, we’ve got some super players, bro.” http://www.movember.com/WrightysMoChallenge

UMM were speaking to Ian Wright as part of Gillette’s and Movember campaign. Donate at movember.com/WrightysMoChallenge

And you can watch the full interview with Wright below or on the UMM YouTube page.