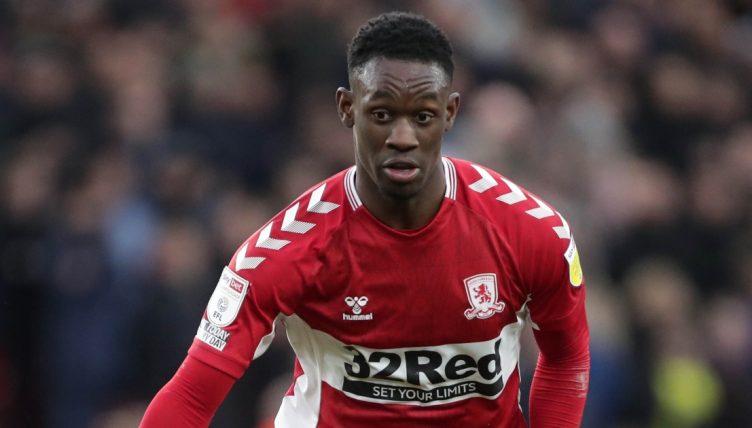 Arsenal loanee Folarin Balogun registered one of the assists of the season during Middlesbrough’s 4-1 win over Derby County.

Balogun is considered one of the brightest prospects at Arsenal and signed a new four-year contract with the club in 2021.

Despite registering 13 goals and three assists for their Under-23s in Premier League 2, he made just four first-team appearances in the first half of 2021-22.

The 20-year-old striker was then sent on loan to Championship side Middlesbrough in the January transfer window.

“With Flo especially and the amount of minutes that he played here, and the level that he shows when he can only play with the under-23s, it was not fair,” Mikel Arteta said of the decision to send Balogun to the Riverside.

“If we want to develop that player and maximise his potential, which is huge, we have to expose that player as quick as possible to the level he needs to be exposed.

“I was really confident that for him it was the right option and he was convinced, so when that happens we have to let the player go.”

Balogun started the loan spell with four substitute appearances in the Championship, but he did still set up the winner against Coventry City.

After starting the FA Cup clash against Manchester United, the striker then made his full Championship debut against Derby.

With Middlesbrough leading 3-1 in the 89th minute, he pressed a defender into a mistake, nicking the ball off him in the penalty area. Balogun then backheeled the ball into the path of team-mate Duncan Watmore, who scored from close range.

The 4-1 win moved Chris Wilder’s side into the Championship play-off spots after Nottingham Forest and Sheffield United both dropped points.